In the Room with Octopizzo

This is a link to an audio interview I conducted over a year ago with Octopizzo, a HipHop artist and entrepreneur who hails from Kibera, Nairobi’s most infamous slum.

The interview is currently featured on the urb.im edge blog in conjunction with a theme in which different global cities explore how marginalised urban communities represent themselves to the outside world and change the mainstream narrative about themselves.

Throughout the interview Octopizzo discusses how he managed, despite a difficult start in life, to secure himself a place as one of Kenya’s most high-profile urban artists. The rapper currently runs a successful Street Wear company, churns out a large volume of high-quality music videos and has founded a slum tourism organisation through which he attempts to show visitors what he believes is another side to the informal settlement that brought him up.

The interview is interspersed with some of the artists earlier hits although given the actual time that has elapsed since the interview was conducted, these tracks are not to be considered as representative of his most recent work. 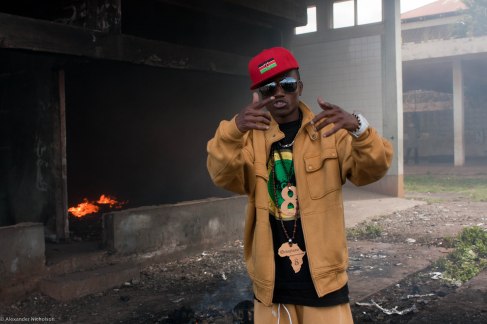